The Old Post Office & Custom House was established in Saint Louis right after the Civil War because Saint Louis was one of the five fastest growing cities in the nation.  Hundreds of millions of pieces of mail were were handled in the very first year . . . and each of those pieces were taken care of by hand.  This beautiful building also housed the Federal 8th Circuit Court, which became the largest circuit in the nation.  One of the most famous cases in the 8th Circuit Court was the breakup of Standard Oil in 1909.
Alfred B. Mullet designed this building in 1872, including new systems developed after the Great Chicago Fire of 1871.  There was heating, ventilation, and a way to use plenty of natural lighting.  When the foundation was being created, quicksand was discovered, so over 4,000 pine trees were stuck deep into the land and a four foot thick concrete slab was laid over the top.  Even today there are no cracks in the foundation. 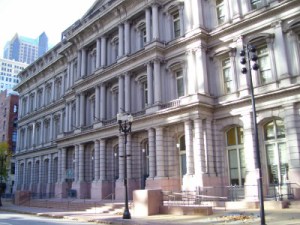 Since fire was a concern, the entire structure was built of cast iron, using wood only for hand-railing on the grand stair cases. 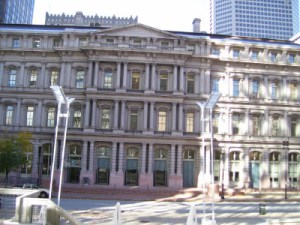 When i first arrived in St. Louis there was public interest in saving (or re-purposing)  this historic building.  There sure were plenty of ideas, and it’s taken some time, but now it is open to the public and used for plenty of great things. 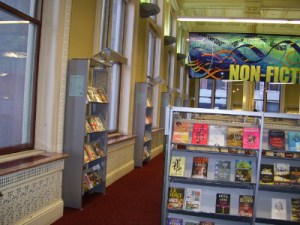 I enjoy the “Quick Stop” branch of the public library. 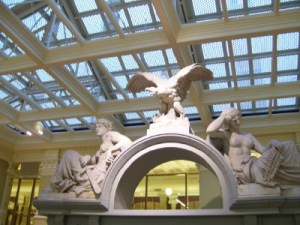 “Peace and Vigilance with Eagle” by Daniel Chester French sits smack in the middle of the building, it’s worth the walk inside.  There is also a small museum that’s interesting. 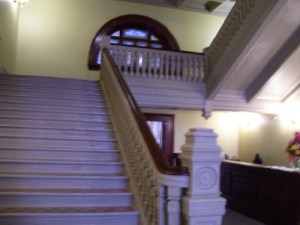 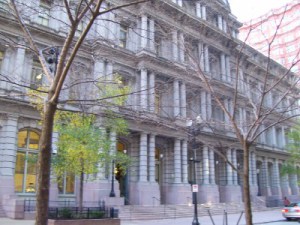 The “other side” of the building. 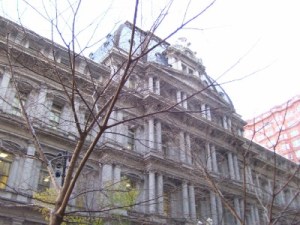 Email ThisBlogThis!Share to TwitterShare to FacebookShare to Pinterest
Labels: Easy-Access, Free, good for all ages, great architecture, Museum, walk about