I started to wonder why University City, Missouri has a Legacy of Lions.  Lions are seen on banners.  Lion Statues grace columns greeting people entering the city.  I’m certain no wild lions pad the streets causing concern, equally certain no one has been eaten by a lion, so it was time for me to ask around. 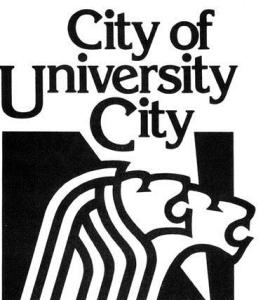 banners hanging from street lights, signs and stickers representing University City feature lions
The world class artist, George Julian Zolnay was appointed director of the art department of the Louisiana Purchase Exhibition for the World’s Fair of 1904.  His work became so popular he became director of the Art Institute in University City, Missouri in 1909.

One of his majestic creations was the “Gates of Opportunity.”  There were two columns standing on either side of Delmar Avenue.  Each Column towered forty feet high and each column supported a big cat.  There was a lion atop one and lioness on the other.

Unfortunately, it was all too heavy and began to tilt.  In 1989 the lions were recast in a modern polymer concrete and placed on top of fourteen foot columns. 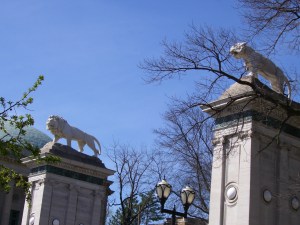 The “Gates of Opportunity” were commissioned by Edward Gardener Lewis. Mr. Lewis was the founder of University City, a Big Dreamer and, possibly one of the most colorful people of his day . . . (or any other, but that’s another story.) 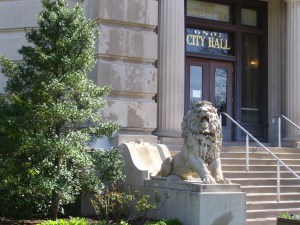 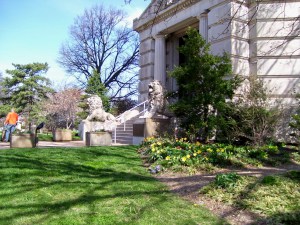 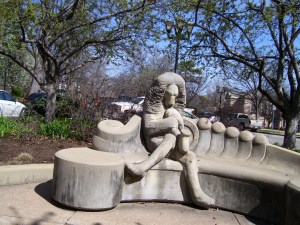 One plays horn, one plays lute. You can visit them (have a seat and feel the concert) – at City Hall at Delmar & Trinity – University City, Missouri Edward Gardener Lewis and  George Julian Zolnay surely would rejoice at the many ways their efforts ave continued to inspire residents and visitors alike for so many generations.  Their efforts have caused people to come together, share ideas, not only about public art, but about ways to create a sense of community.

They have left us a Legacy of Lions

Posted by Maggid at 5:57 PM No comments:

Email ThisBlogThis!Share to TwitterShare to FacebookShare to Pinterest
Labels: Delmar Loop, U. City, walk about

Henry Shaw is the person who gave us the property that became Our Gorgeous Botanical Garden. 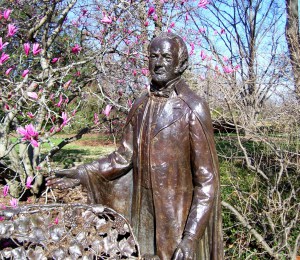 Henry Shaw was born in Sheffield, United Kingdom, July 24th,1800.  He attended Mill Hill School in London as long as his parents could afford to send him.  Then he traveled with his father for business.
Henry proved to be good at business and when challenges came up it was often Henry Shaw to the rescue.
Henry traveled from New Orleans to the little French Village of St. Louis in 1819.  He decided to stay and establish a business of his own.  Henry’s uncle, James Hoole, gave the support needed to start a hardware business.  Henry Shaw turned out to be a great investment.

His business outfitted pioneers traveling westward. By the time he was forty Henry Shaw was one of the largest landowners in St. Louis. He began to travel and explore his interest in botany.

In 1851, he commissioned George I. Barnett to build his homes.  One of them is the “Tower Grove House,”  pictured here. 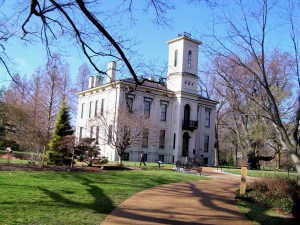 Shaw dedicated land around his home toward the study of botany.  The garden became so extensive He opened it to the public in 1859. 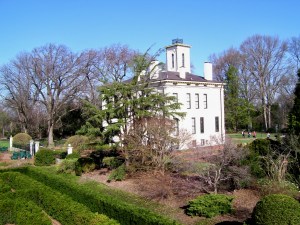 Henry Shaw died August 25th, 1889.  He left a legacy of beauty, education and hope for everyone to enjoy.


Our garden is one of my favorite places.  I hope you have a chance to visit in person someday.  People come from all over the world for research.  Countless gatherings, classes, exhibits, cooking demonstrations are offered BUT, for me the best part is wandering the grounds, soaking in the beauty.

.  One frigid afternoon, I zoomed from a college class in time to meet a lady with a passion for tree trunks.  We were freezing, looking at variations in tree trunks.  Trees have never looked the same to me.  I do NOT recommend punishing yourself like that – BUT, I have developed a healthy respect for trees ever since. 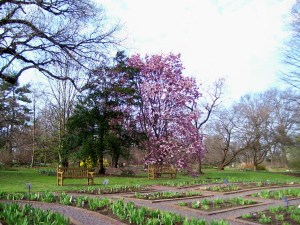