It was a Gorgeous Saturday.  I was out the door early, but – not early enough.  “The Garden” was surrounded by parking guards, whose job was keeping an overflow of vehicles from the lot.  Tower Grove Park was already wall to wall people.  It was time to find some quiet.  So, this week,  the learning curve of a new camera begins at Benton Park. 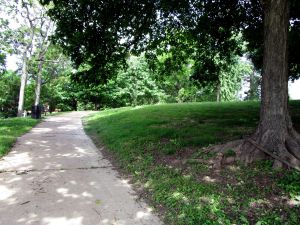 I really like the Benton Park neighborhood.  It’s diverse, sweet to the eye and their history is rich with every kind of city story possible.  (and, I do mean, this part of St. Louis proper goes back to rowdier days.)  Someday I’ll take you for a cuppa and share stories, but today we’ll simply stroll around the park. 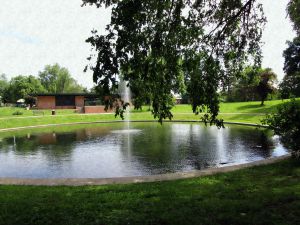 There are two man made lakes, a recreation building, playground, plenty of paths and nice places to sit and enjoy the day. 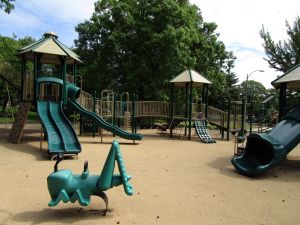 Okay, look at this fabulous – I don’t even know what to call it: 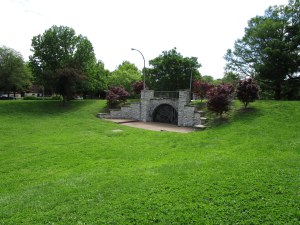 There’s a grassy field, a few picnic benches, and this cool looking place.  I wonder if they hold concerts here? 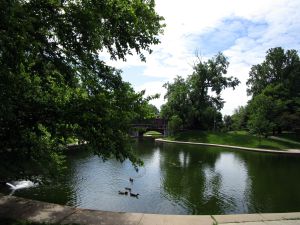 There’s another beautiful pond on the other side. 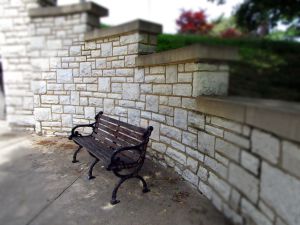 During early-ish 1800’s expansion of St. Louis, land from the city commons was set aside for parks, including Benton Park.  A small portion of this land was already fenced off as a cemetery.  But, in 1865 a city ordinance was passed and all remains were relocated. 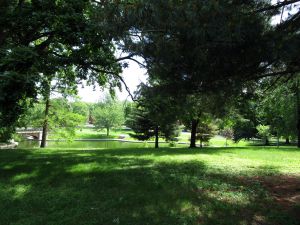 Originally this was called “City Park.”  It was renamed to honor Thomas Hart Benton, the first U.S. Senator representing Missouri.

Circling back around, there’s a memorial to Freidrich Hecker, a German-American Hero.  When the monument was officially installed, over 15,000 people attended the ceremony. 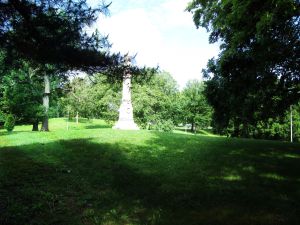 Plenty of celebrations are held at Benton Park.  The two that look interesting to me this year are the 150th Birthday Party on June 25th (2016,) and August 13th, we are invited to “Gospel In The Park.”    If it turns out to be great music, I might have to show up.

Email ThisBlogThis!Share to TwitterShare to FacebookShare to Pinterest
Labels: adventure, Park, walk about

The answer to my “What is that?” outburst was, “It is a Lime Kiln.” 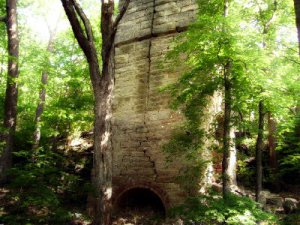 Forest and ferns all around and this tall
chimney-ish whatever in the woods.
Missouri is full of surprises. 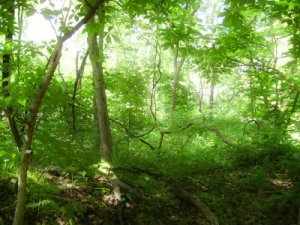 I traveled out towards Wildwood, which used to seem far away, and used to be one of my favorite places.  Now the road is store after store all the way out to a new college and shopping center.
I saw a sign directing me to some woods
and decided it would be a refreshing view. 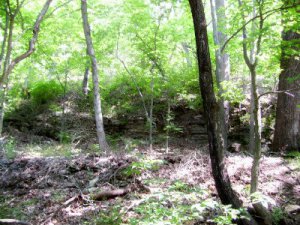 I wondered if this was what the land looked like to early settlers, or maybe natives.  It sure seemed a good setting for a movie. 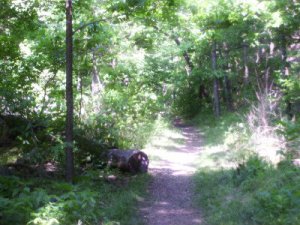 Turns out there was more to find than my performing arts fantasy.  This place is called Rockwoods Reservation.  Trying to find out what, exactly the name means is fun.  The land is cared for by the Missouri Department of Conservation.  I sent them a question, they were kind enough to respond, but it was the same information on the print outs posted on the rules, regulation and information sign.

“Rockwoods” must have come from the trees and limestone rocks found everywhere you step.  “Reservation” is a bit challenging, no natives live there, perhaps it’s being held for some other purpose, someday. 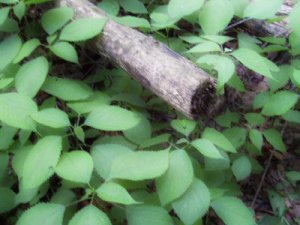 This beautiful land was a place trappers walked through in the 1700’s to get to the new settlement of Saint Louis to sell fur.  In the 1800’s Ninian Hamilton received a Spanish Land Grant and built a home for his family.  Eventually mineral resources were discovered on the land and  Glencoe Mining Company took ownership in the 1850’s.  It took massive amounts of wood to burn limestone rock – into powder.  There is a list of things limestone powder is used for, the one I remember best was mortar in brick homes.  The land was stripped bare before the company went broke.

There are several Lime Kilns to be found along the trail.  They are 40 feet high.  The thick walls have bolts in them to allow expansion when rocks became super hot.  Fires burned every day, and men would come to pull the powder out from the mouth of these huge structures.

In 1938 St. Louis County began taking care of the land.
It took 70 years for the beautiful forest I admired to grow.
Speaks highly of Nature’s Design, hm? 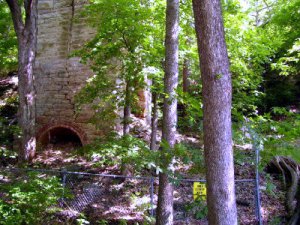 there’s fencing to encourage people to be safe 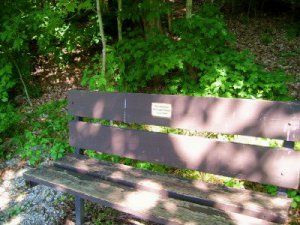 here’s a bench – a little place to rest – and consider