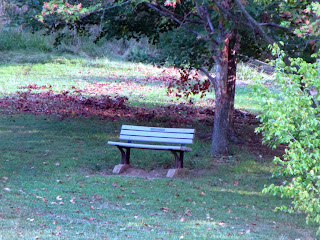 This bench is across the pond we pass on many of our nature walks.
maybe I'll carry a sketchbook and see if i can capture it.
Better yet, we could carry some biscuits and a book and hang out here.

The Mercy Center Retreat House sits on a large parcel of land,
tucked away in a suburb outside of Saint Louis, MO.

It is a Roman Catholic Center that serves people from all disciplines of faith.
Individuals and groups might stay for extended times.

Some courses are offered by outside interests,
some by the sisters themselves.

I used to visit an artist friend of mine in her studio there.
It has grown A LOT over the years . . .
Today I want to show you the labyrinth.
It's tucked away towards the back of the property. 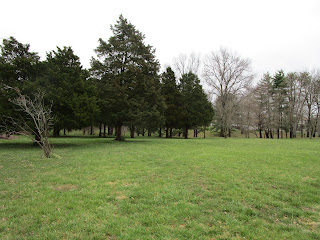 I think walking there is the fun part. 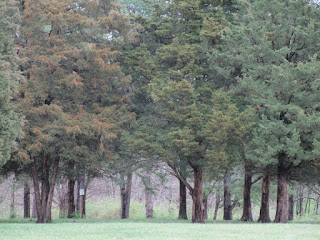 Imagine living in a place, surrounded by gorgeous trees . . . 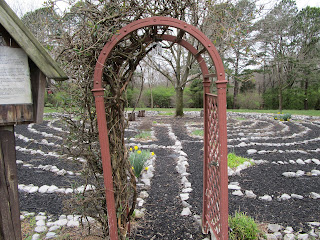 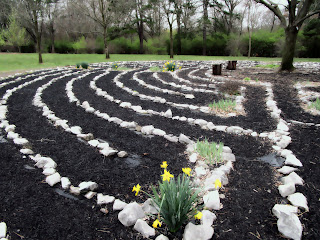 a little walk-about removed from the world 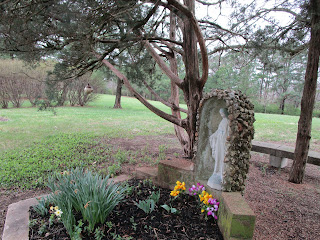 strolling back to the car - there are sights of hope - here and there
the center may be busy,
filled with all kinds of chatter

but quiet corners can be found,
if one wants to "get away"
and
"call home" 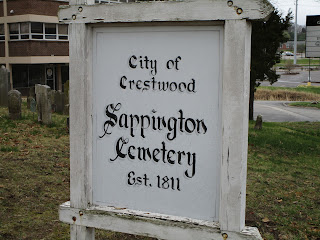 Tiny cemetery sits along a well trafficked road in Crestwood, MO.
Looked after by the City of Crestwood and Daughters of the American Revolution. 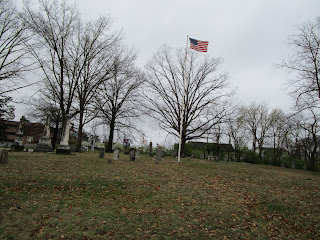 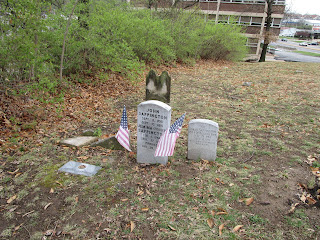 There are veterans here from the American Revolution,
War of 1812, Mexican War, Civil War and World War I.

Recently there was a ceremony to honor
John Sappington 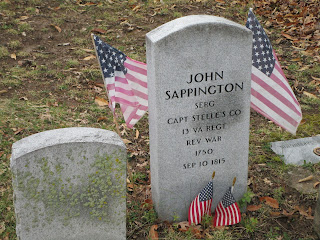 Many of the markers were made of limestone.  Time has worn them, some still stand with no embellishment, some have broken off and look like stones on the ground.
I read there are more than 300 buried here. 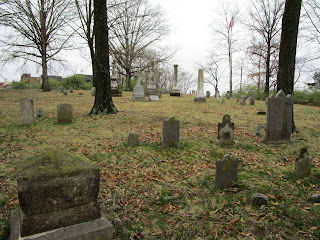 Email ThisBlogThis!Share to TwitterShare to FacebookShare to Pinterest
Labels: cemetery 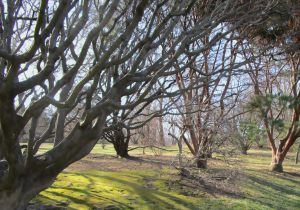 Early in the morning, before crowds arrived, I managed a walk and found moss.  That wouldn't seem strange if you knew me.  A few days before I was thinking about moss and how beautiful it can be.

This was a crisp morning.  I passed photographers.   Professionals come and go as early as possible.

Passed a lone walker bundled in warm clothes.  We silently nodded to one another.

In the far south east corner, where shade would give protection, fields of Moss spread out.
Seemed a True Treasure.
Posted by Maggid at 2:31 PM 1 comment:

Email ThisBlogThis!Share to TwitterShare to FacebookShare to Pinterest
Labels: garden, walk about

He was smiling at me from a black and white handout.  The paper was sitting on top of a counter, in an unattended corner.  It was the only piece of paper and it took me a while to find an attendant.  Eventually the information was mine.

The paper asked who he was.  Then listed a few persons he is not.  Now we know he is: 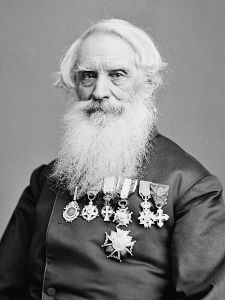 Samuel Finley Breese Morse was born in Charlestown, Massachusetts,  April 27th, 1791.  His parents gave him a good education.  Samuel preferred drawing to books.  He developed talent for portraits on ivory.  He continued his education, graduating Yale in 1810.  Samuel worked as a bookstore clerk and continued working on his art.

Art isn’t always the easiest path for financial security.  Making a living proved challenging but his skill was remarkable and there are a couple of his works in the Smithsonian.

In 1832 he met Charles Thomas Jackson, a doctor and inventor.  The two of them discussed the idea of electromagnetism.  Morse thought “if this be so, and the presence of electricity can be made visible in any desired part of the circuit, I see no reason why intelligence might not be instantaneously transmitted by electricity to any distance.”

Which people considered a “silly invention.”

Morse had strong opinions about the world around him.  Plenty of folk, even today, refer to him as a ‘strange duck.’

Still, the kept working on this one idea.  He and Albert Vail worked together on this long distance communication until Mr. Vail needed to find secure employment.

On May 24th, 1844 a message was sent from Baltimore to Washington DC, 40 miles, and changed the world forever.

Western Union, Associated Press, Railroads all adopted the telegraph.  Using a system of long and short sounds, the world was connected.

Posted by Maggid at 6:59 PM No comments: 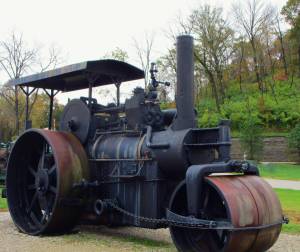 Something to catch the eye in every corner.  First, there’s amazement, Then a lot of respect.

We will take a beginning tour today.  I’ll return to add stories and photos of parts of the massive collection. 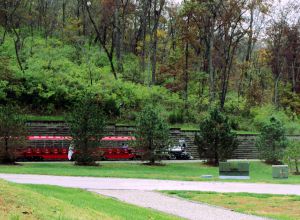 Activities for most age groups.  There’s a train that circles the property.  Unlimited Rides with admission wrist band.  There is also a craft station called “Creation Station.”  This is popular with guardians and children.  Registration required because the room becomes packed with happy youngsters. 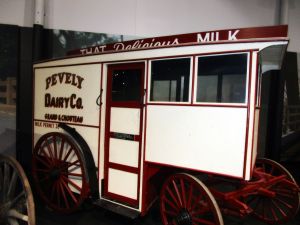 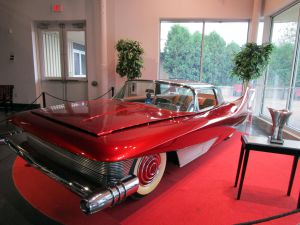 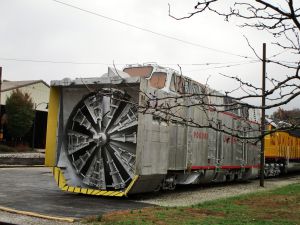 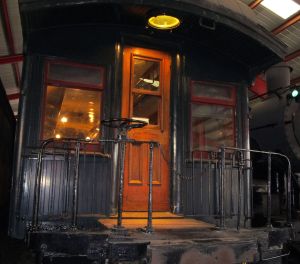 Plenty of opportunity to learn. 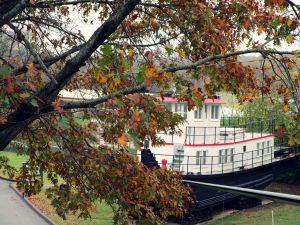 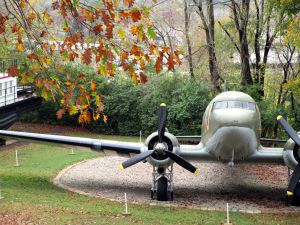 I’ll simply have to return
too overwhelmed.  need to consider.  will pause for now to think 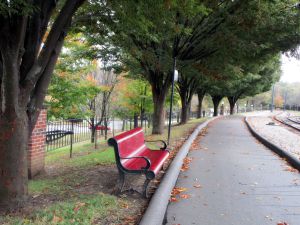 on this beautiful bench.

If you find me still sitting on this bench, let’s do hot chocolate.  I’ll buy.
love & love,
-g-

Posted by Maggid at 8:19 PM No comments:

Email ThisBlogThis!Share to TwitterShare to FacebookShare to Pinterest
Labels: Discovery, good for all ages, Let's Go, Museum, Museum of Transportation, then & now, walk about 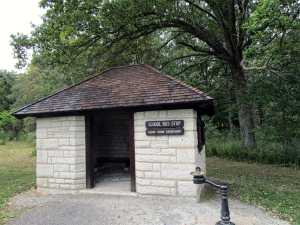 Henry Shaw Gardenway Bus Stop is an excellent save.

Gardenway Bus Stop was part of the “Works Project”
Built in 1939 by the Civilian Conservation Corps.
Designed by the National Parks Service.  It became a school bus stop.
Towards the end of the 20th century plenty of sites surveyed along Highway 66 were sold, re-evaluated as historic treasures, or removed.
This small bus stop wasn’t listed as important.
It DID come to the attention of Shaw Nature Reserve staff.
This shelter was relocated to Nature Reserve property in 2002.
Visitors can rest and refresh here.  There’s a family cemetery, a serpentine wall art exhibit and two trails nearby.
This is a regular stop for the Wagon Tours.

I’ll report back after managing any nature hikes.  My first traveling class encourages me to learn and experience more.  I suspect the Nature Reserve will become a favorite destination.  I HIGHLY recommend a wagon tour.  The one I have experienced so far covered a small taste.  Already I’m smitten.  Stairs are provided up into the elevated wagon.  We were offered blankets if we felt chilly.  There is a roof and roll down sides, if needed.  Our class description indicated we’d be attending, no matter what the weather offered.

Maybe we’ll see each other on the trails sometime soon?